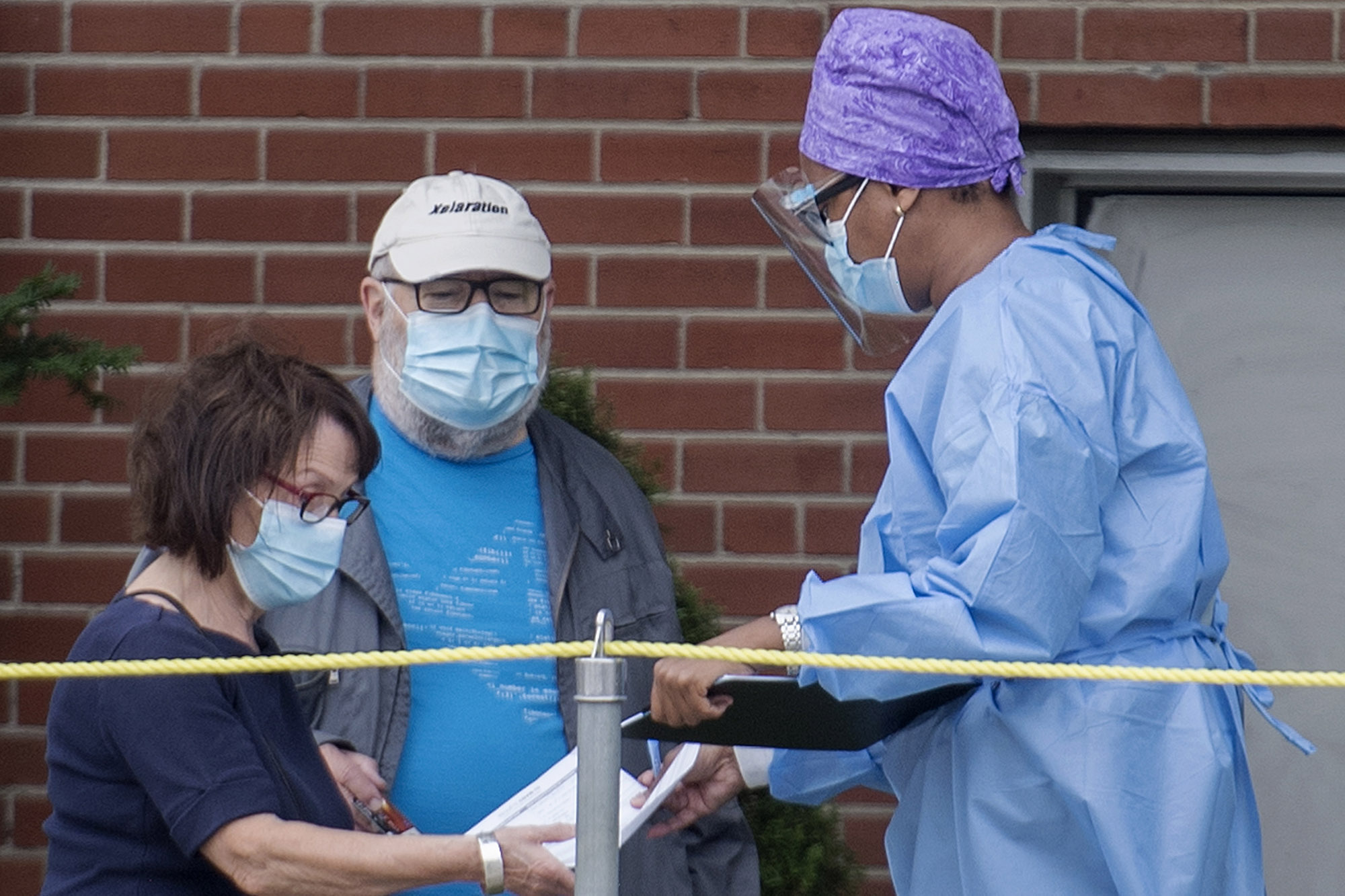 Canada reported no COVID-19 deaths in a 24-hour period on Friday for the first time since March, Reuters reported Saturday.

Most provinces are easing lockdown restrictions and schools reopened for in-person classes despite a mild uptick in infections in recent days.

In contrast, New Zealand, which has had great success shutting down transmission of the virus, had a setback with a new outbreak in Auckland last month, Reuters reported.

As a result, Auckland was locked down again and residents were angered. Protests were held Saturday against the government’s restrictions and local TV footage showed many in the crowd of at least a thousand people not wearing masks.

“We are all here today because we believe we need to stand up for our rights,” the public Television New Zealand cited Jami-Lee Ross, the leader of the Advance New Zealand party, one of the organizers of the protest, as saying.

“We’re all here today because we believe it’s time to stand up and say, ‘We need to get our rights and freedoms back’.”

There were no immediate reports of arrests.

New Zealand reported two new cases of the novel coronavirus Saturday, bringing its total number of infections since the start of the year to 1,444. Twenty-four people have died.