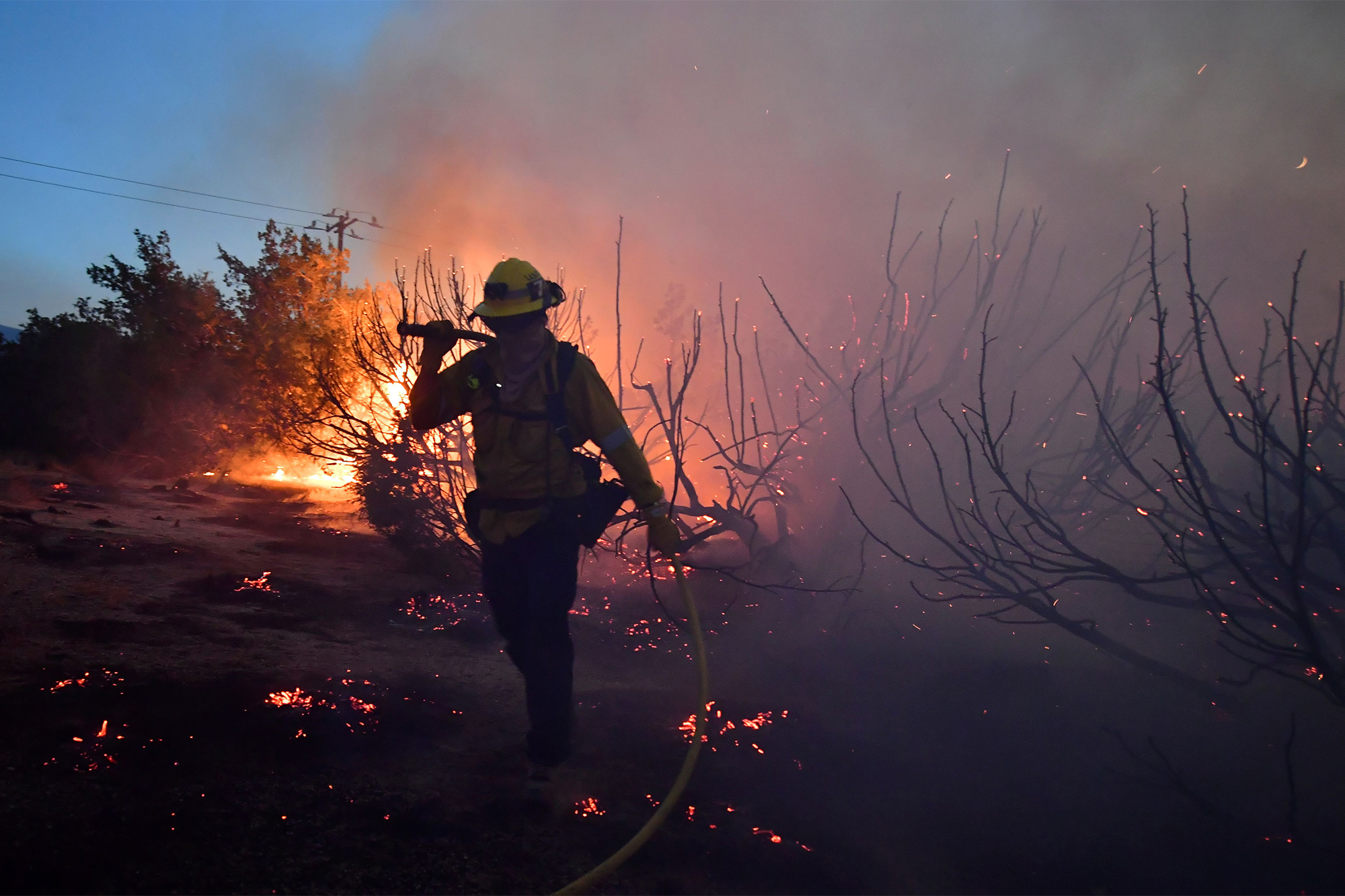 California was forced to contend in one week with the triple threat of wildfires, the coronavirus and an earthquake.

The Golden State has been under siege by wildfires that burned more than 3.4 million acres scorched so far this year, killed at least 26 people and destroyed numerous homes, CNN reported.

Parts of Southern California were ordered to evacuate Saturday as the Bobcat Fire in Los Angeles County quickly spread over 91,000 acres due to strong winds.

Meanwhile, toxic smoke from the wildfires has spread through California and nearby states, creating poor air quality conditions.

Gov. Gavin Newsom has said that access to the state’s mobile coronavirus testing sites has been impacted by air quality issues.

COVID-19 rates in the state have seen improvement in recent weeks, though the situation is not under control.

The seven-day average is now at 3,400 new cases, while the positivity rate is down to 3.6%, Newsom said.

“We are moving forward and seeing a decline in the rate of spread and transmission of Covid-19,” Newsom said, CNN reported.

And then on Friday, battle-weary Californians were rattled by a magnitude 4.6 earthquake outside of South El Monte near Los Angeles, according to the US Geological Survey.

“It’s a wake up call, reminds you that we do have earthquakes here. We have enough disasters going on right now, I’m like everybody else, I rather not have something else in 2020,” Lucy Jones, a seismologist with the California Institute of Technology, told news station KABC