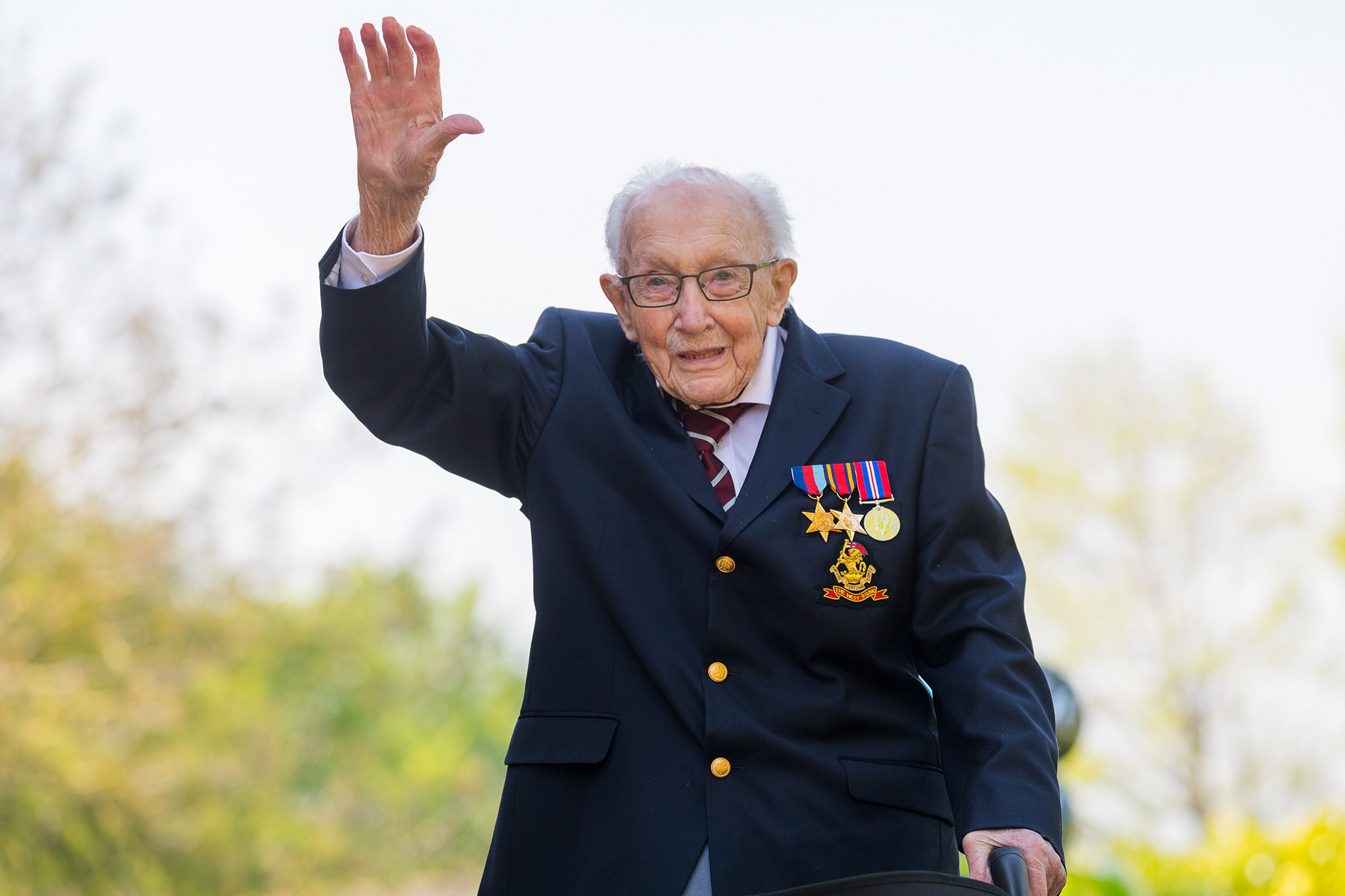 “Over the last few weeks he was being treated for pneumonia and last week tested positive for COVID-19,” she wrote of the veteran, who was knighted by Queen Elizabeth II for his incredible fundraising efforts.

“He was at home with us until today when he needed additional help with his breathing. He is being treated in a ward although he is not in ICU,” his daughter said.

“The medical care he has received in the last few weeks has been remarkable and we know that the wonderful staff at Bedford Hospital will do all they can to make him comfortable and hopefully return home as soon as possible,” she wrote.

It was not immediately clear if he had been vaccinated, The Telegraph said, even though at 100 he would have been one of the first group offered a shot. There has been no mention of it on his social media, the UK paper noted.

UK Prime Minister Boris Johnson was among the well-wishers, tweeting that his “thoughts are very much with @CaptainTomMoore and his family.”

“You’ve inspired the whole nation, and I know we are all wishing you a full recovery,” he said in his message to the veteran.

Moore had set out to raise just over $1,000 in the early weeks of the pandemic in April when he walked 100 laps around his garden in England for the National Health Service to coincide with his 100th birthday.

His efforts soon became an emblem of hope — and ended up raising almost $45 million.

Moore, who rose to the rank of captain while serving in India and Burma during the war, was knighted in July.