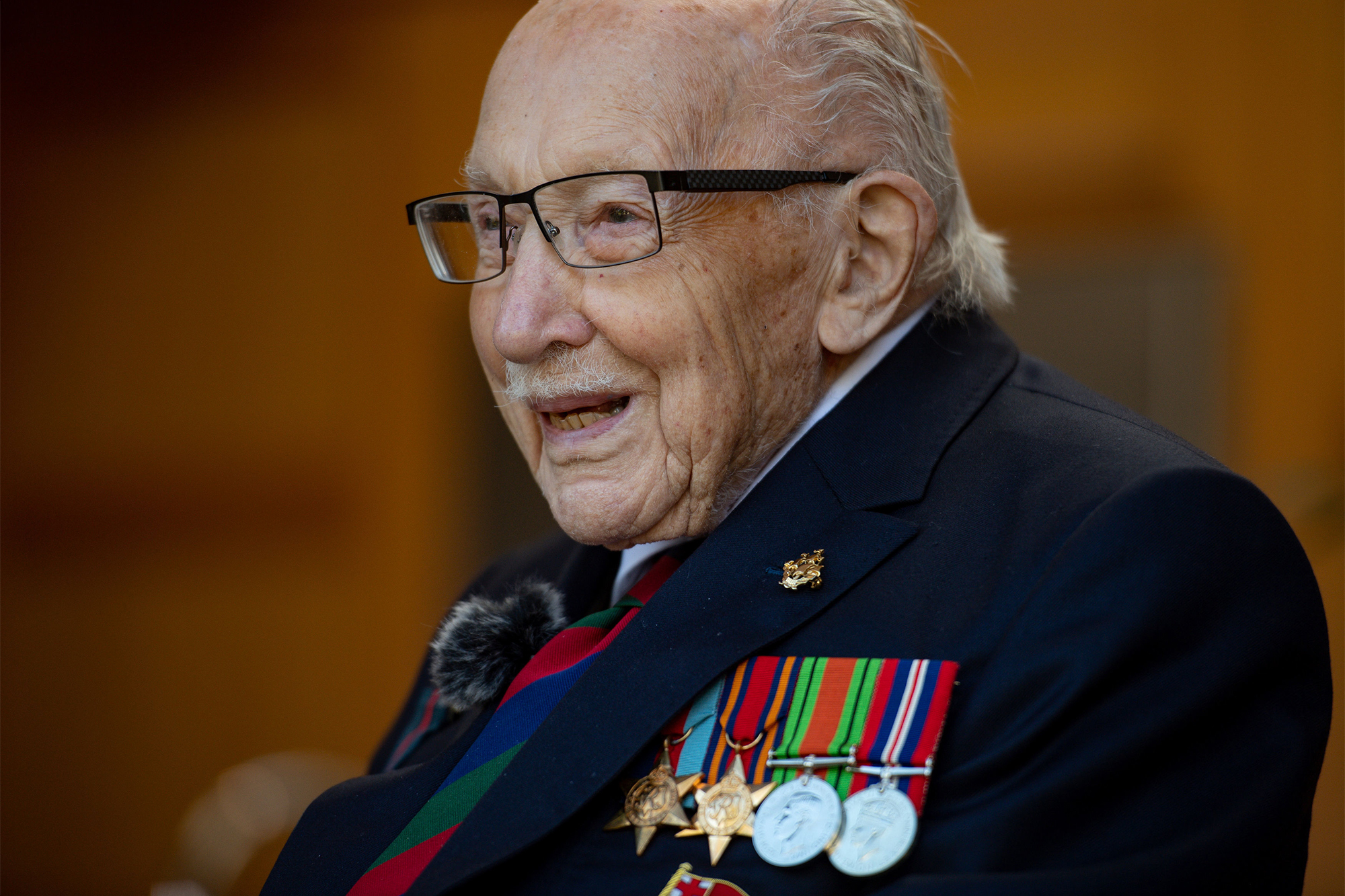 The World War II veteran who raised almost $45 million for Britain’s coronavirus frontline workers has died after getting infected with COVID-19, his family announced Tuesday.

“It is with great sadness that we announce the death of our dear father, Captain Sir Tom Moore,” his daughters, Hannah and Lucy, said in a statement Tuesday.

The news came just two days after they revealed the centenarian had been hospitalized after struggling to breathe from pneumonia and testing positive for the coronavirus.

“We are so grateful that we were with him during the last hours of his life,” his daughters said, with some at his bedside at Bedford Hospital and others via FaceTime.

Captain Sir Tom Moore had set out to raise just over $1,000 in the early weeks of the pandemic in April.PA Images via Getty Images

“We spent hours chatting to him, reminiscing about our childhood and our wonderful mother. We shared laughter and tears together,” they said.

Moore had set out to raise just over $1,000 in the early weeks of the pandemic in April when he walked 100 laps around his garden in England for the National Health Service to coincide with his 100th birthday.

His efforts soon became an emblem of hope — and ended up raising almost $45 million, leading to a knighthood from Queen Elizabeth II.

“The last year of our father’s life was nothing short of remarkable. He was rejuvenated and experienced things he’d only ever dreamed of,” his daughters said.

“Whilst he’d been in so many hearts for just a short time, he was an incredible father and grandfather, and he will stay alive in our hearts forever,” they said.

“Over the past few days our father spoke a great deal about the last 12 months and how proud he felt at being able to leave behind the growing legacy of his Foundation.

“We politely ask for privacy at this time so we can grieve quietly as a family and remember the wonderful 100 years our father had.”

Moore was hospitalized and eventually passed away at Bedford Hospital.PA Images via Getty Images