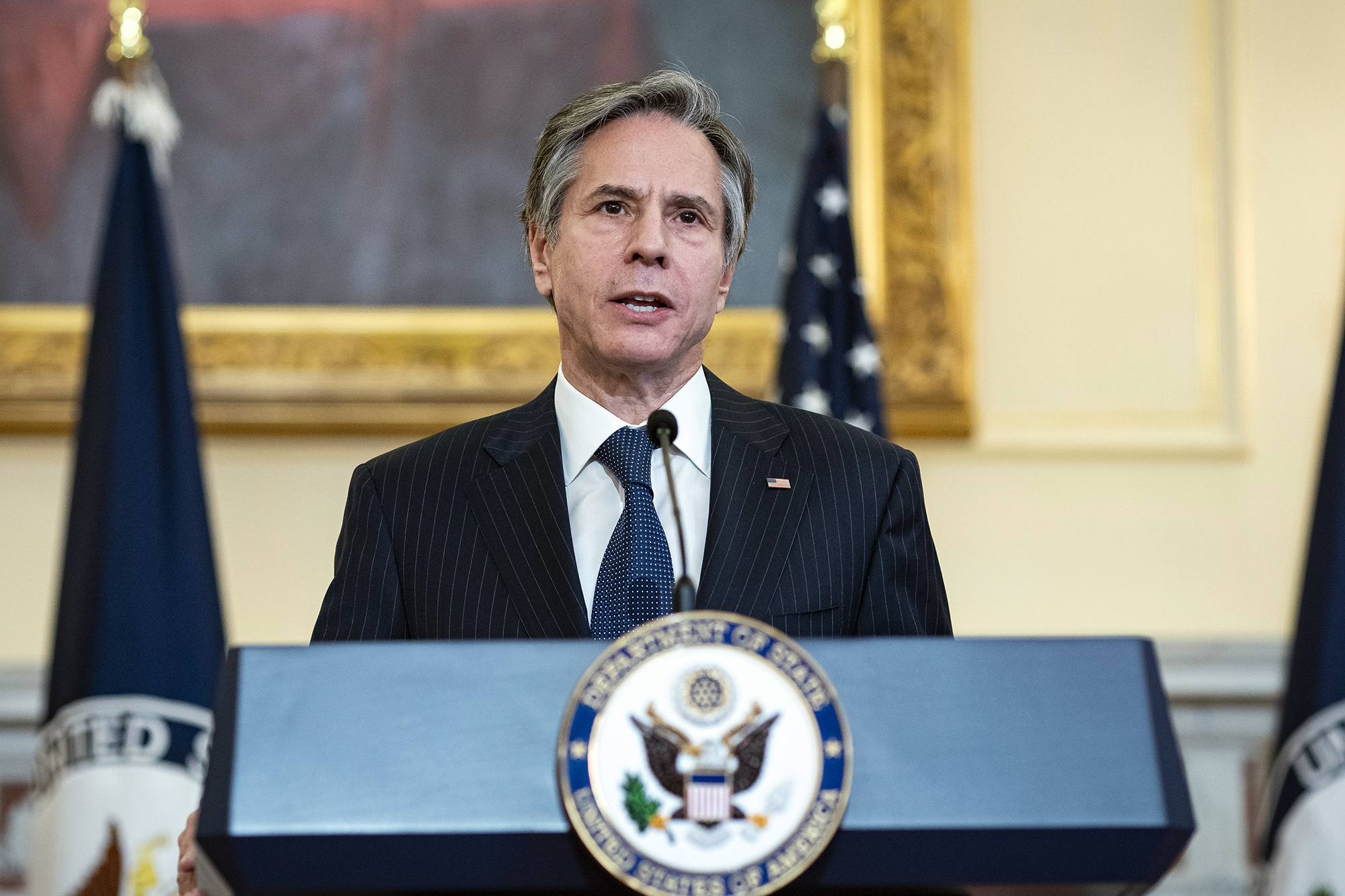 Secretary of State Antony Blinken slammed China for its lack of transparency in the early stages of the coronavirus pandemic and for its campaign of genocide against the Uighur population of Muslims but would not commit to boycott the 2022 Winter Olympics to be held in China.

“I think China knows that in the early stages of COVID, it didn’t do what it needed to do, which was to, in real-time, give access to international experts, in real-time to share information, in real-time to provide real transparency,” Blinken said in an interview with NBC News’ “Meet the Press” that aired Sunday.

“And one result of that failure is that the vaccine – the virus, excuse me – got out of hand faster and with, I think, much more egregious results than it might otherwise,” he continued.

Blinken said those consequences resulting from China’s inaction makes a case for a “stronger global health security system” to ensure breakouts like the coronavirus never happen again and if they do allow countries to share information “to mitigate it, to get ahead of it.”

“That means making a real commitment to transparency, to information sharing, to access for experts. It means strengthening the World Health Organization, and reforming it so it can do that,” Blinken said.

“And China has to play a part in that,” he said.

The US intelligence community concluded in the spring of 2020 that Beijing lied to the world about the human-to-human transmission of the coronavirus, downplayed its severity and refused to turn over samples of the virus so the West could make a vaccine after the first cases were reported in the Chinese city of Wuhan in December 2019.

T​he Biden administration slapped sanctions on China in March for its crimes against humanity and genocide for holding millions of Muslim-minority Uighurs in ​detention centers in Xinjiang.

The Uighurs endure systematic torture and are pressed into forced labor.

In the NBC interview, host Chuck Todd asked if the US ​and other Western nations ​would not participate in the 2022 Winter Olympics to send a message ​to China​ on its ​human rights abuses.

“We’re not there yet. This is a year or so before the Olympics. We’re not focused on a boycott. What we are focused on is talking, consulting closely with our allies and partners, listening to them, listening to concerns. But that’s premature​,” he said.​

Todd asked Blinken why the US would still do business with the Communist Party-run country.

“W​e need to be able to do a few things. We need to be able to bring the world together in speaking with one voice in condemning what has taken place and what continues to take place. We need to take actually concrete actions to make sure, for example, that none of our companies are providing China with things that they can use to repress populations, including the Uyghur population​,” he said.

Blinken emphasized that Washington must ensure that any products made by forced labor in the detention centers do not make it to the US markets.

“​B​ut we also have to make sure that we are dealing with all of our interests. And what is the best way to effectively advance our interests and our values? And when it comes to China, we have to be able to deal with China on areas where those interests are implicated and require working with China, even as we stand resolutely against egregious violations of human rights or in this case, acts of genocide​,” he said.