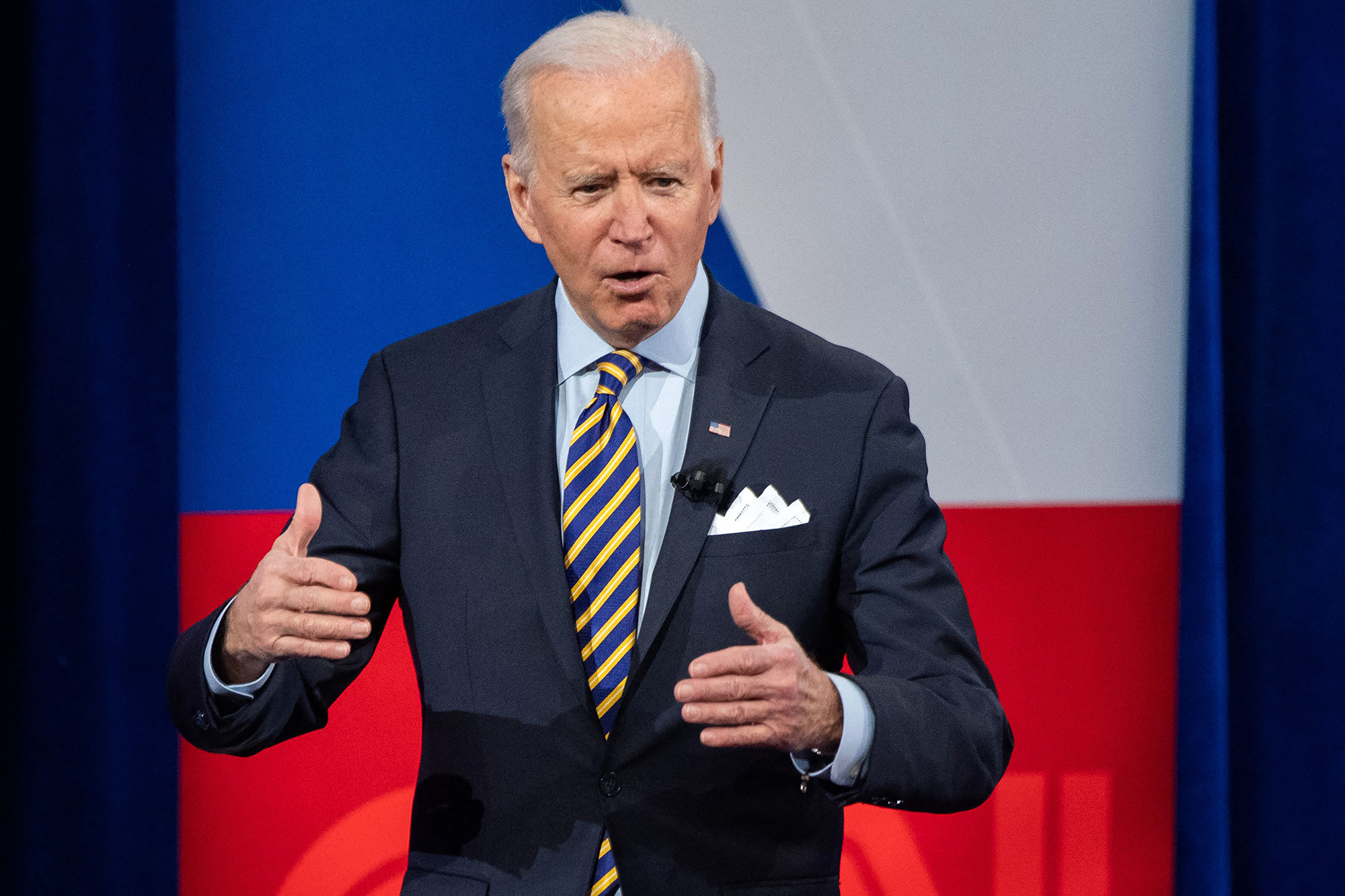 President Biden on Tuesday said that the COVID-19 vaccine will be “available” to every American who wants it by the end of July.

“By the end of July we’ll have over 600 million doses, enough to vaccinate every single American,” Biden said at the top of his CNN town hall event in Wisconsin.

Host Anderson Cooper followed up by asking, “Do you mean that they will be available or that people will have been able to actually get them?”

The president later urged Americans, “If you’re eligible, if it’s available, get the vaccine.”

When asked when the nation would be back to normal, he said that by Christmas, “I think we’ll be in a very different circumstance, God willing, than we are today.”

The Biden administration announced last week that it had secured another 200 million doses of the vaccine — taking the total number of shots to 600 million, enough for every US adult to get the two-dose regime.

On Tuesday night, Biden said there were only 50 million doses available when he assumed office last month.

He said he used the Defense Production Act to ramp up vaccine production and ​manufacturing of needles and syringes.

Vice President Kamala Harris recently claimed the Biden admin was “starting from scratch” to develop a ​national ​vaccine distribution plan because former President Donald Trump​ left them with nothing​. That contradicted comments from Dr. Anthony Fauci, who disputed that contention last month.

Fauci has also delayed his timeline for widespread vaccine availability, saying Tuesday that he expected most Americans will have access to the shot by late May to early June.

That’s a slight delay from his previous prediction of late February to early March.