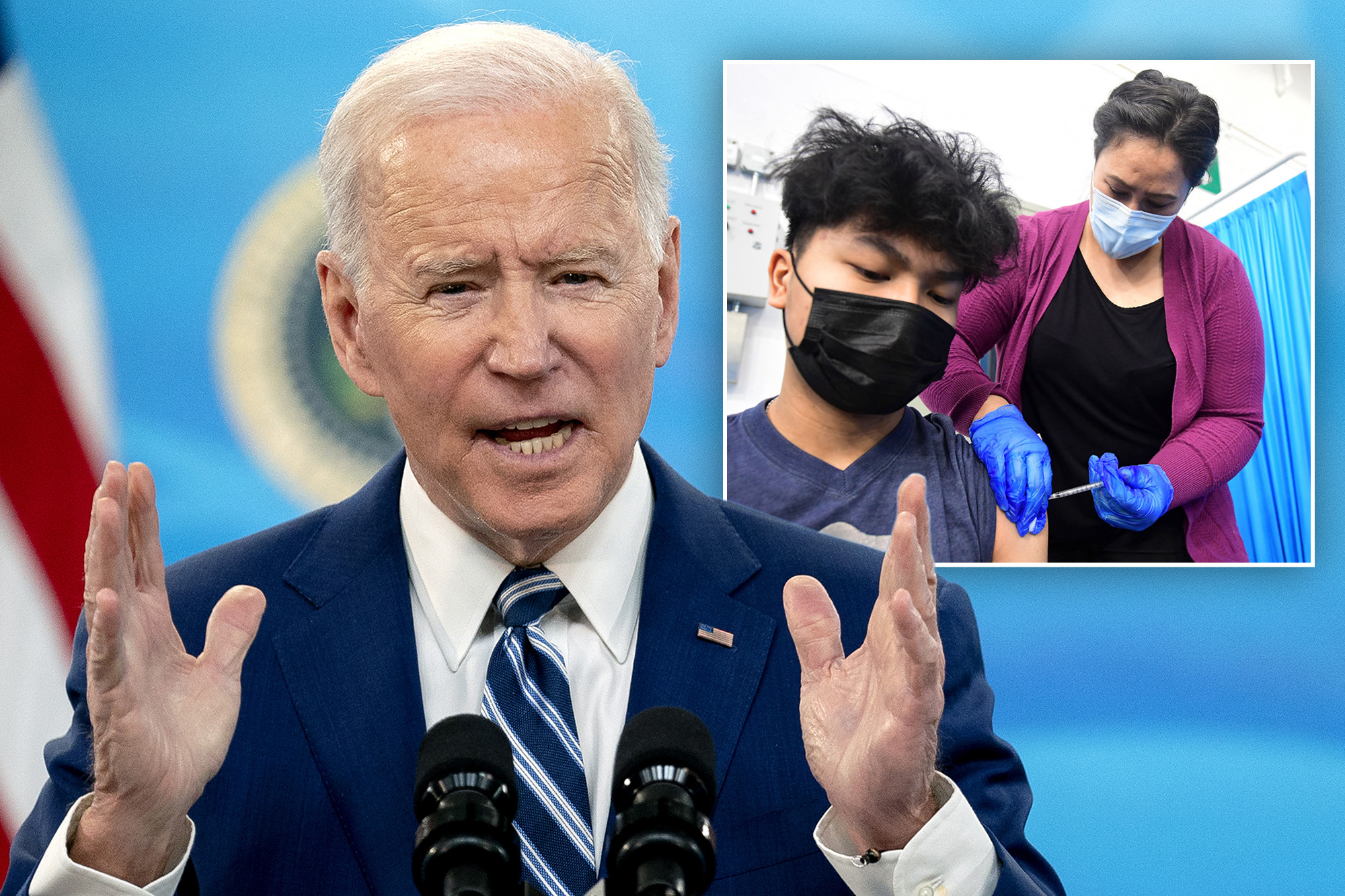 President Biden will reportedly announce Tuesday that every adult in the US will be allowed to receive a COVID-19 vaccine by April 19 – shaving about two weeks off his May 1 deadline for states to make all adults eligible.

The president will make the announcement at the White House after a visit to a vaccination site in Alexandria, Virginia, CNN reported, citing an administration official.

Last week, Biden announced that 90 percent of adults would be eligible to get the jab by April 19, as well as have an inoculation site within five miles of where they live.

He also said the number of pharmacies taking part in the federal pharmacy vaccination program was increasing from 17,000 locations to 40,000.

States have been gradually expanding eligibility beyond priority groups such as seniors and essential front-line workers.

The US reported more than 4 million doses administered in a single 24-hour period over the weekend.AFP via Getty Images

All New Yorkers aged 16 and older are now eligible for a vaccination.

Biden is expected to say Tuesday that 150 million doses have been administered during his first 75 days in office, in line with a stated goal of 200 million shots by his 100th day in office, CNN reported.

He also will tout how the US reported more than 4 million doses administered in a single 24-hour period last weekend, according to the network.

New Yorkers aged 16 and older are now eligible for a vaccination.AFP via Getty Images

The commander in chief will reportedly say that more than 75 percent of people over age 65 have gotten a shot and over 55 percent of them are fully vaccinated, a number that was at 8 percent when he took office.