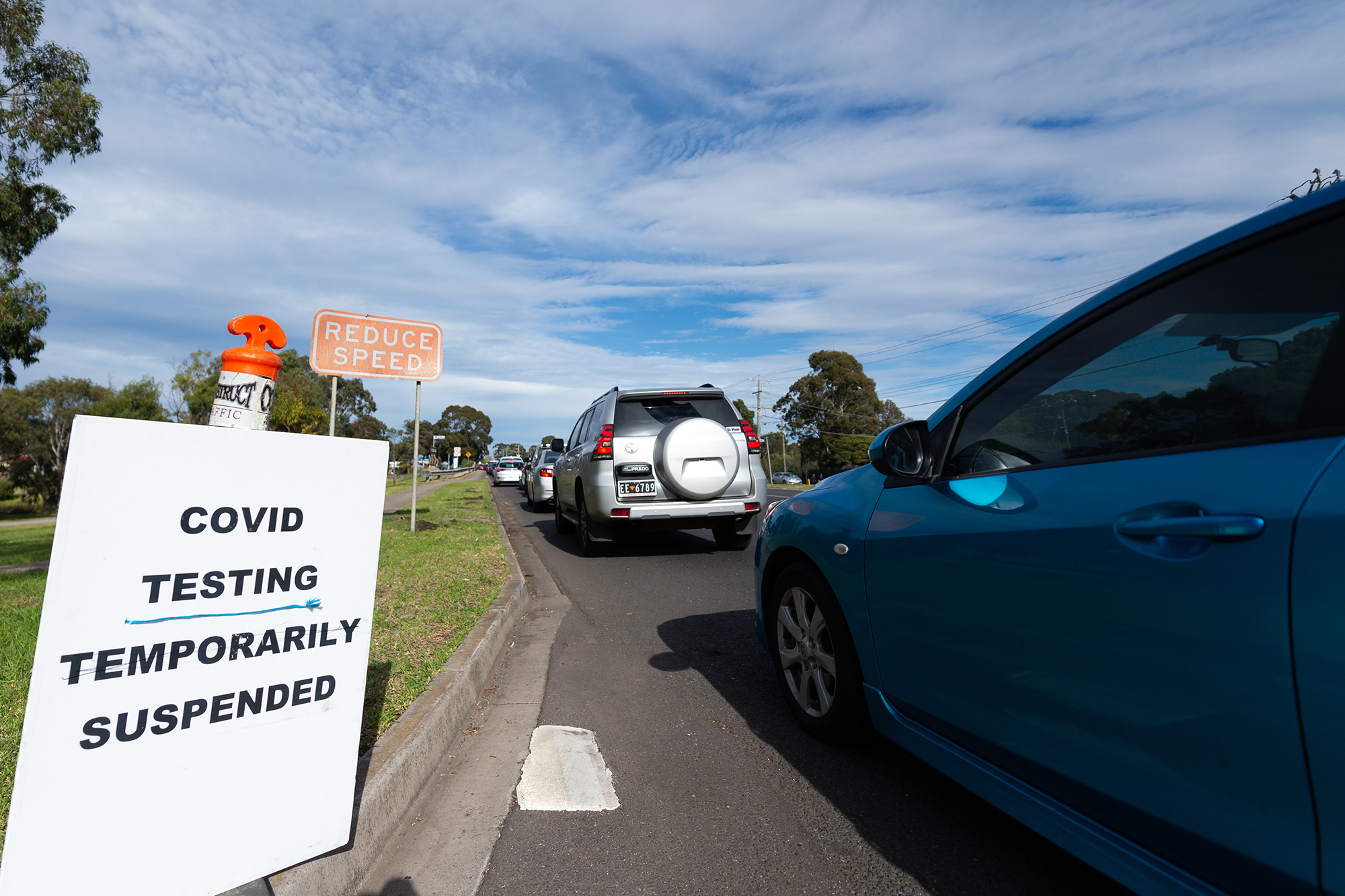 Australian health authorities are hunting for the source of a highly infectious variant of COVID-19 detected in a new cluster of cases in the southern state of Victoria.

The nation’s second-most populous state on Saturday reported five new locally acquired COVID-19 cases, bringing the latest outbreak in Victoria to 70. Of those, two were caused by the highly infectious Delta COVID-19 virus variant, which was detected for the first time in Australia on Friday. The cluster has now reached nine cases, Reuters reported.

Concerns are mounting, because one of the new cases of the variant that originated in India was transmitted at a workplace. The World Health Organization has identified the variant as one of four that spreads more easily.

“The next few days will be critical, because we’ll see where this one goes,” said state testing commander Jeroen Weimar.

Testing staff are seen at the Deer Park testing facility in Melbourne, Victoria.NurPhoto via Getty Images

The state capital, Melbourne, is in a second weekend of a hard lockdown scheduled to end on Thursday. Restrictions in the rest of the state were rolled back on Friday, The Sydney Morning Herald reported, though frustration is mounting at the strict measures taken in the state.

The Melbourne Herald Sun separately reported that the coronavirus was detected in wastewater in the city’s suburbs, though no cases have been found there.

The outbreak in Victoria, which began May 24, has resulted in a surge in residents going to get vaccinated. Long lines formed at vaccination sites throughout the state, where just 20 percent of the adult population has gotten their first jab.