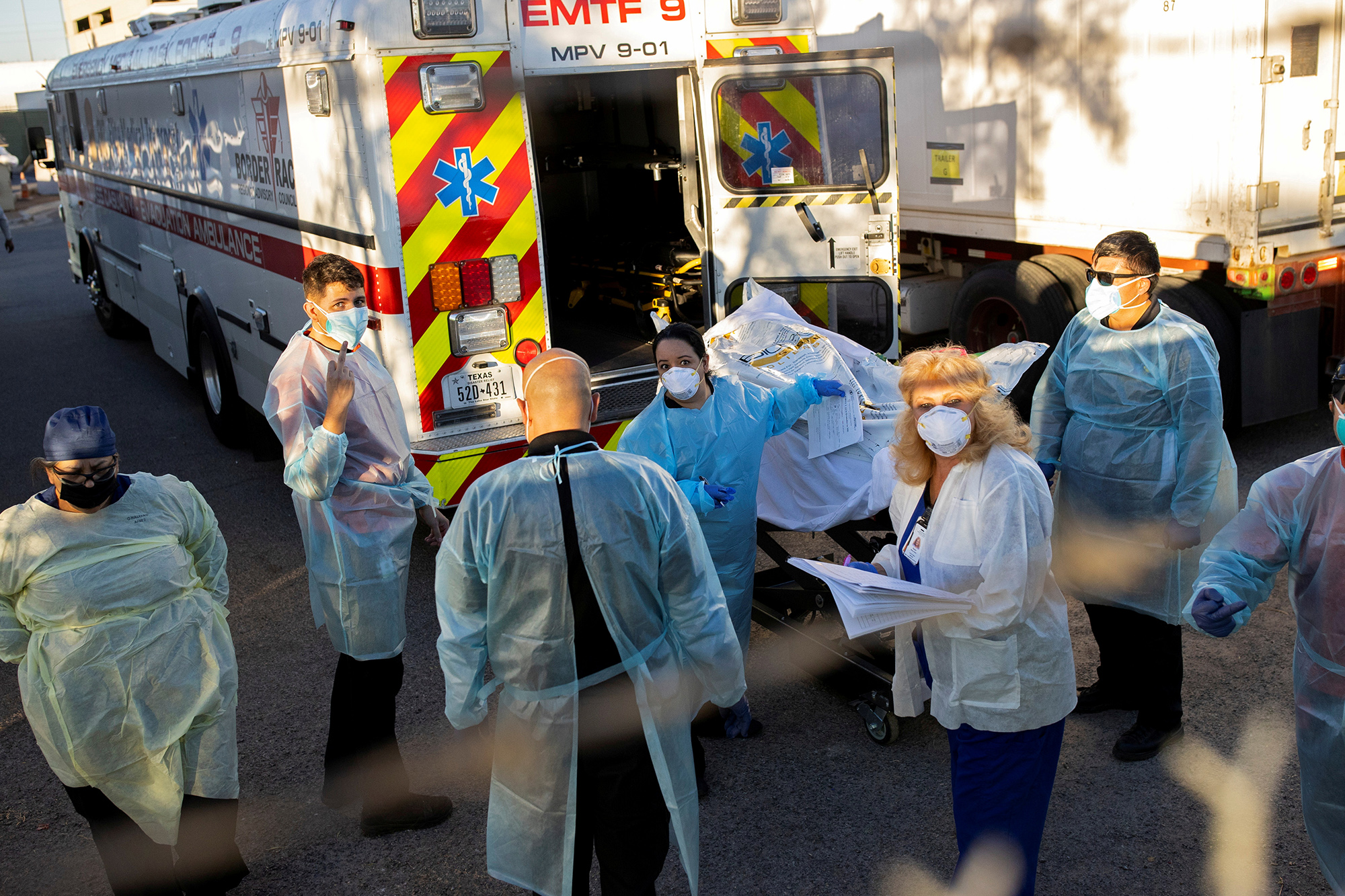 Hospitals in Austin, Texas, are taking in non-COVID patients from El Paso to ease the burden on the city’s overwhelmed medical facilities amid a massive surge in coronavirus hospitalizations.

“We have patients in our hospitals right now from El Paso because there wasn’t room for them in El Paso,” Austin Mayor Steve Adler said during his “Got A Minute?” Facebook broadcast Monday.

“We have people in our hospitals right now that don’t have a virus but needed hospitalization and they are here from El Paso because there was no room in the El Paso hospitals.”

The announcement comes as El Pasto struggles to keep up with a spike in COVID-19 cases, with about 34,000 active cases and more than 1,100 hospitalized, about 300 of them in intensive care units, KVUE-TV reported Monday.

So far, 769 people have died in the city due to the virus.

The death toll has been so great that new images this week showed a detail of county jail inmates stacking bodies inside refrigerated truck trailers lined up behind the overloaded offices of the El Pasto Medical Examiner.

Texas Gov. Greg Abbott last week deployed more than 1,350 emergency personnel to the El Paso region and announced the opening of an alternate care site in the city to ease the strain on hospitals and medical staff there.

Bodies are moved to refrigerated trailers deployed during a surge of COVID-19 deaths in El Paso, Texas, yesterday.Ivan Pierre Aguirre/Reuters

Austin has been less hard hit by the resurgence of the pandemic, KVUE reported.

There are currently 1,975 coronavirus cases in Travis County, where Austin is located, with 34,769 having tested positive since the start of the pandemic, which has killed 466 people in the county.