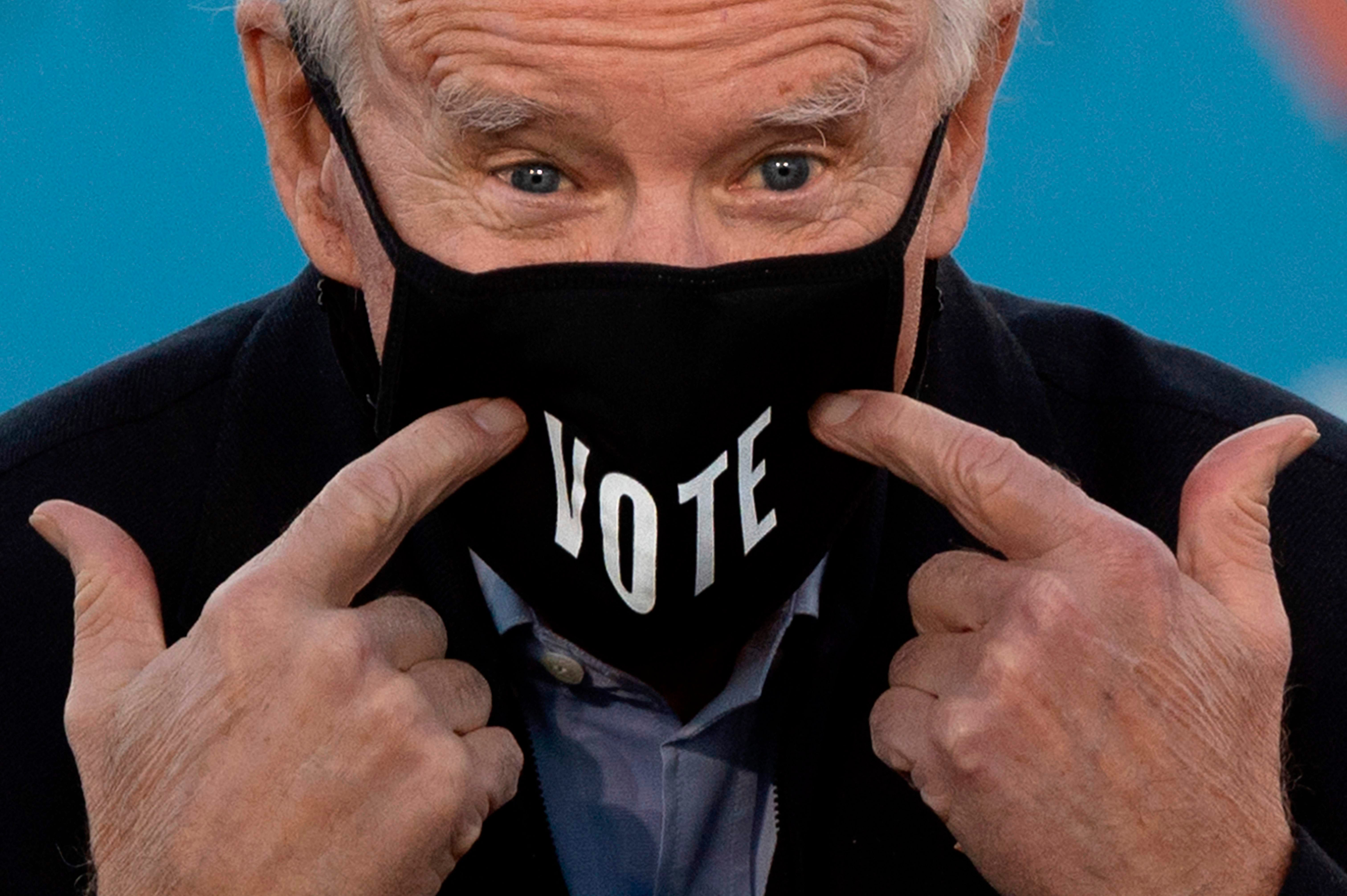 The White House says President Joe Biden was expressing his “frustration and exasperation” when he said Republican governors lifting mask mandates and other virus measures were acting like “Neanderthals.” (March 4)

WASHINGTON –  Joe Biden ran for the White House as the mask candidate, criticizing then-President Donald Trump’s dismissal of masks, promising to get tough on mask wearing and modeling good behavior by wearing at least one – and sometimes two –masks himself.

“The one thing we do know — these masks make a gigantic difference,” Biden said last June. “I would insist that everybody out in public be wearing that mask.”

As president, however, Biden is running up against the limits of the bully pulpit as mask-wearing remains politically polarized.

Plus, people have gotten tired of pandemic restrictions and see less need for precautions as COVID-19 vaccinations increase, even though health officials are urgently warning that now is not the time to ease up.

After the governors of Texas and Mississippi moved to lift mask mandates on Tuesday, an exasperated and frustrated Biden said Wednesday that such decisions come from “Neanderthal thinking.”

That comment was a direct departure from last week when Biden told a virtual gathering of governors that his administration is “changing the attitude a little bit about how we deal with one another.”

Tony Fratto, who was a deputy press secretary to former President George W. Bush, said he’s sure Biden would take that remark back, if he could.

“No question, it was the wrong language,” said Fratto, who is otherwise complimentary of how Biden has handled the issue.

Biden is also being pressed on what he’s doing to try to either convince states to stick with pandemic restrictions or to work around governors.

As a candidate, Biden promised that if the governors wouldn’t listen to him, then: “I go to every mayor, I go to every councilman, I go to every local official, say, mandate the mask, man – say, this is what you have to do when you’re out. Make sure you encourage it being done.”

The White House insists Biden has been doing that, through the administration’s regular calls with governors, frequent public comments and other actions that have included a public service announcement at the start of the Super Bowl. (First lady Jill Biden did a separate PSA on mask wearing with White House dogs, Major and Champ, for the Puppy Bowl.)

First Lady Jill Biden encouraged people to wear masks when walking their pets in a PSA that will air during the Puppy Bowl. (Photo: Discovery+)

“We are going to continue to use every method of the bully pulpit at our disposal to convey directly to people … that mask wearing, social distancing, getting access to the vaccine is the path to go back to normal,” White House press secretary Jen Psaki said Thursday.

He also asked every American to wear a mask for his first 100 days in office.

Four states that had mask mandates have lifted them over the last month: Montana, Iowa, North Dakota and Mississippi. Texas’ mandate will expire on March 10.

What it could mean: Five states are rolling back mask mandates. More could be on the way.

US coronavirus map: Tracking the outbreak

Texas and the 15 states that have lifted, or never had, mask mandates are led by GOP governors.

“It shouldn’t be political at all, but it seems like it is,” said Rep. Charlie Crist, a former GOP governor of Florida who is now a Democrat and critical of his state’s lack of a mask requirement. “What President Biden is doing is exactly what he needs to be doing: calling them out for it.”

Many cities and businesses in Texas and Mississippi have said they will continue their own mask policies, regardless of state rules.

More: Kroger, Starbucks and Target among retailers that will still require masks in Texas despite end of state mandate

Under pressure from fellow Republicans to lift the mandate, Ivey announced that she’s keeping it in place – until April 9.

Ivey said she and the state’s health officer believe more Alabamians should be vaccinated “before we take the step some other states have taken to remove the mask order altogether.”

While temporarily extended, however, the new deadline would fall short of Biden’s 100 days request.

Fratto said Biden doesn’t have many tools at his disposal to get governors to follow federal guidelines.

“You could argue that maybe he promised too much,” Fratto said. “But he did promise to use his voice. And I think he certainly is, and has been, using his voice.”

Fratto said Biden should continue doing that, both in private conversations with governors as well as through the media to talk directly to residents in states easing up.

“He ought to use his voice in those states to encourage good behavior, still, going forward,” he said.

Governors are using the media to push back.

“I guess I just think we should trust Americans, not insult them,” he said.

Psaki, on Thursday, said Biden’s Neanderthal comment was “a reflection of his frustration and exasperation.”

While Biden will continue to urge adherence to public health guidelines, Psaki said, he will also “engage with, and talk with, people who disagree with him on a range of issues, including this one.”

Psaki: Biden’s ‘Neanderthal’ comment was a ‘reflection of his frustration’

What experts say: What we know about face masks has changed.

“It wasn’t as diplomatic as he may have liked,” Baker said. “But I also think it was a genuine feeling of frustration that these governors would just so callously disregard strong, strong recommendations that are universal across the science and health community.”

And if COVID cases rise in the states lifting restrictions before enough people are vaccinated, Baker said, the blame will not go to Biden but will be laid “squarely at the feet of these governors.” 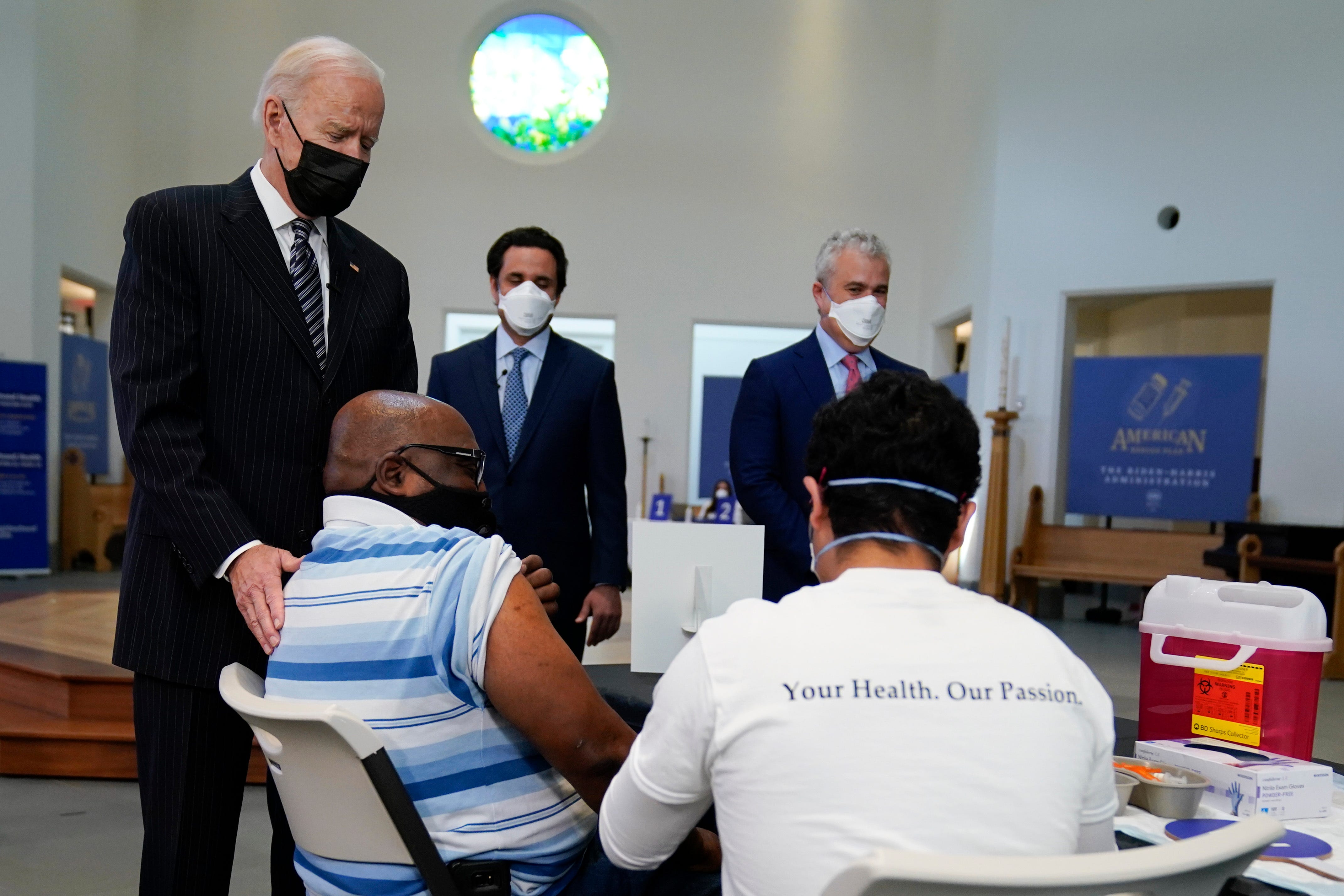