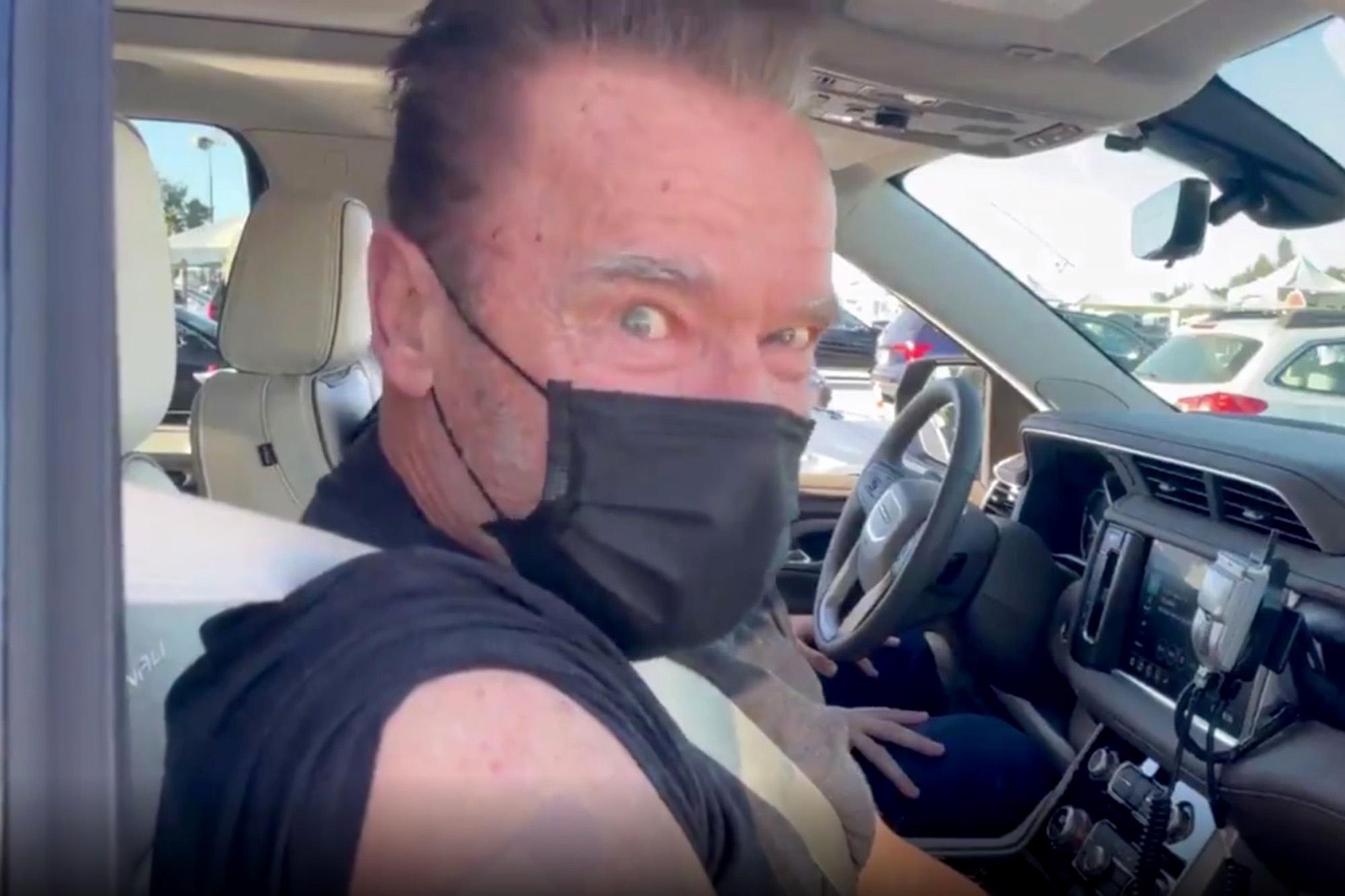 I’ll be back — for my second dose.

Arnold Schwarzenegger won’t be terminated by COVID-19 after receiving his first vaccination Wednesday — while urging others to join him “if you want to live.”

“I just got the vaccine and I would recommend it to anyone and everyone,” Schwarzenegger, 73, said in the video posted to Twitter.

“The Terminator” actor was inoculated through the window of his car at a drive-thru mass vaccination site at Dodger Stadium in Los Angeles.

“Put that needle down,” Schwarzenegger could be heard joking with a healthcare worker before she gave him the jab.

The former California governor then implored others to get the shot, saying, “Come with me if you want to live.”

Schwarzenegger is eligible for the vaccine since eligibility was opened up last week in the state to people over the age of 65.

The state has launched several “supersites,” including Dodger Stadium which has the goal of administering the shot to 12,000 people a day, the Los Angeles Times reported.

"I hope everybody's realized by now, these masks make a