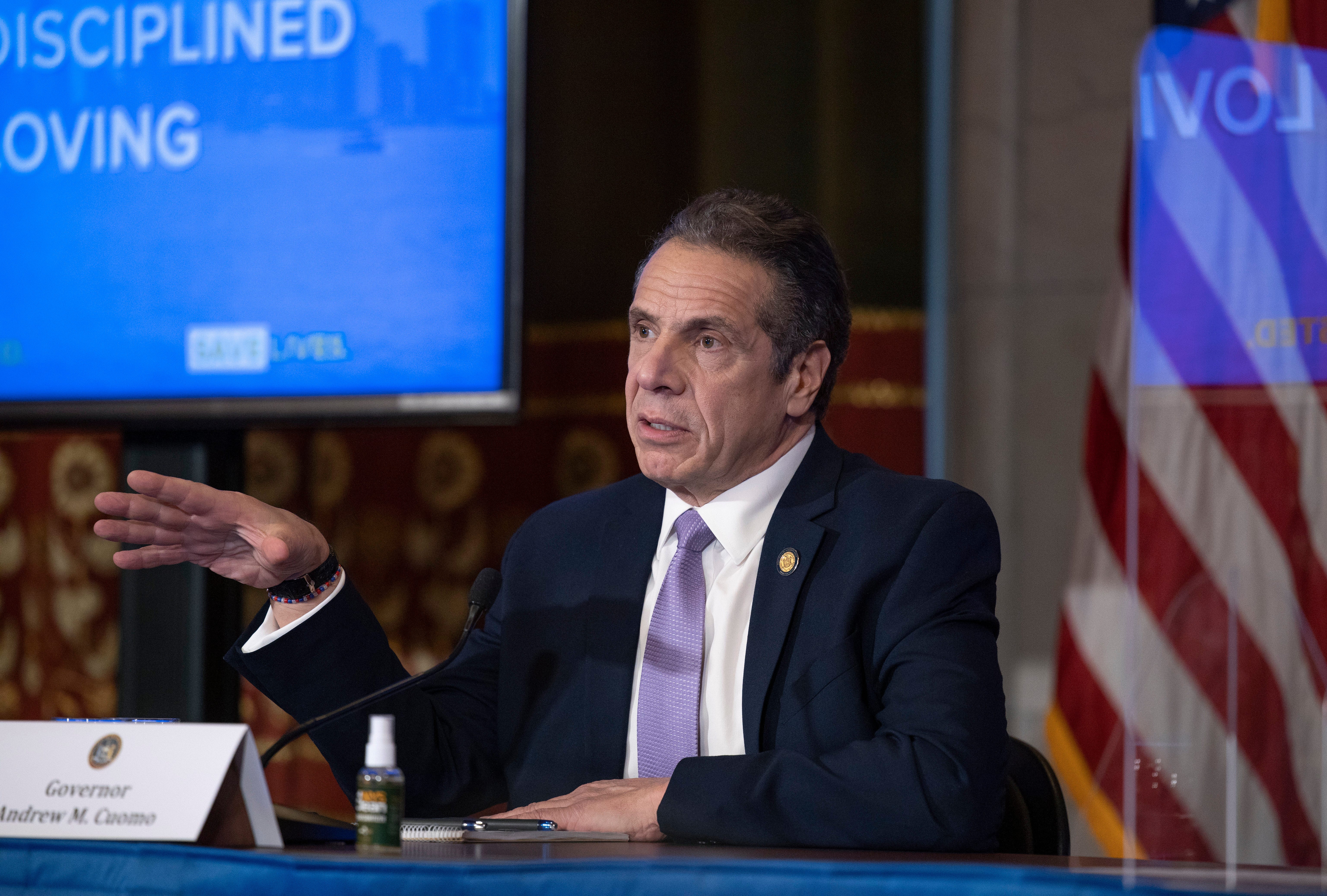 After boasting of forging a winning battle plan against COVID-19, New York Gov. Andrew Cuomo faces a critical moment after an aide admitted to withholding nursing home data from the public after receiving a federal inquiry.

Fallout from the scandal is growing as lawmakers mount a bipartisan push for further investigation of the Cuomo administration’s COVID-19 response, citing a series of revelations that lifted the veil of secrecy over the true coronavirus death toll for New York nursing homes, which topped 13,000 residents as opposed to the 8,700 previously reported.

“Thousands of New Yorkers lost family in nursing homes to COVID-19, a pain made worse by the inability to comfort their loved ones in their final hours,” Delgado added. “They deserve answers and accountability.”

Meanwhile, Cuomo launched a lengthy defense on Monday, conceding state officials should have released the nursing home data earlier but struggled to do so because of the pandemic workload and politicized federal inquiry by the Department of Justice under former President Donald Trump.

“I don’t think there is anything to clear here,” Cuomo said, adding his administration told staff for legislative leaders last fall it would prioritize providing the information to the DOJ.

The DOJ on Monday declined to comment on the situation, which is connected to the federal agency in August and October requesting New York state officials provide COVID-19 data related to nursing homes.

For months, Cuomo’s administration had only released the number of nursing home residents who had died of COVID-19 in the homes themselves. Among the data state lawmakers were seeking from the Department of Health were the number of residents who went on to die in hospitals.

“More than anything it was just a capacity issue,” Cuomo said of the delay in releasing the information. “Remember, at the same time we’re managing the pandemic; that’s what everyone was doing, and these things take time and the No. 1 priority was saving peoples’ lives.”

New York Gov. Andrew Cuomo attends a meeting with President Joe Biden and a bipartisan group of mayors and governors to discuss a coronavirus relief package, in the Oval Office of the White House, Friday, Feb. 12, 2021, in Washington. (Photo: Evan Vucci, AP)

Further, Cuomo said he regretted playing a role in the delayed public release of information, contending that allowed conspiracy theories and misinformation to spread about the nursing home deaths.

“And now people are left with the thought of: Did my loved one have to die? And that is a brutal, brutal question to pose to a person,” Cuomo said.

“I want everyone to know everything was done by the best minds in the best interest,” he added, referring to state Health Commissioner Dr. Howard Zucker and other experts who guided the state’s public health policies.

Cuomo also responded to some state lawmakers calling on the legislature to strip him of his emergency powers, which have allowed him to unilaterally impose sweeping rules and restrictions during the coronavirus pandemic

“Emergency powers have nothing to do with nursing homes. I have taken hundreds of actions,” Cuomo said, adding the legislature can reverse any action with a simple majority vote, which has not happened to date.

In this Sunday, Oct. 18, 2020 file photo, families of COVID-19 victims who passed away in New York nursing homes gather in front of the Cobble Hill Heath Center in the Brooklyn borough of New York, to demand New York State Gov. Andrew Cuomo’s apologize for his response to clusters in nursing homes during the pandemic. (Photo: Yuki Iwamura, AP)

“These decisions should not be politicized,” Cuomo said. “If you made these decisions by a poll, none of them would happen and people would die.”

They were among Cuomo’s first public comments since DeRosa acknowledged pausing the release of nursing home COVID data because the governor’s administration feared it could be “used against us” by the Department of Justice. DeRosa’s comments came in a private meeting with state lawmakers Wednesday and were reported by the New York Post; Cuomo’s office later released a partial transcript.

In a statement Friday morning, DeRosa said she was merely explaining to state lawmakers during a closed virtual meeting on Wednesday that when the state received the federal inquiry, “We needed to temporarily set aside the Legislature’s request to deal with the federal request first.”

She added that the state was “comprehensive and transparent in our responses” to the Department of Justice and then “had to immediately focus our resources on the second wave and vaccine rollout.”

David Robinson is the state health care reporter for the USA TODAY Network New York. He can be reached at drobinson@gannett.com and followed on Twitter: @DrobinsonLoHud