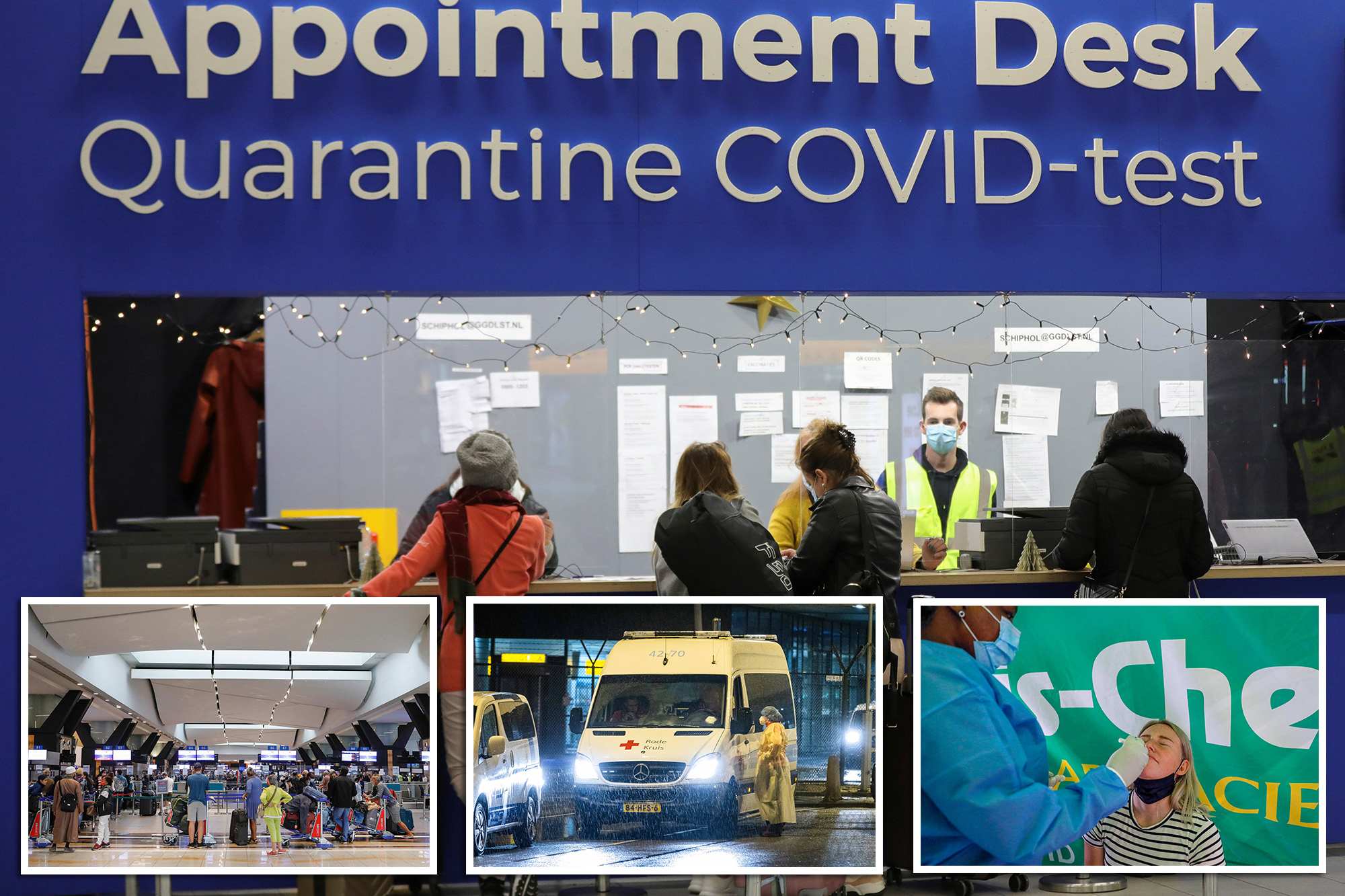 About 10 percent of passengers who arrived in the Netherlands on two flights from South Africa have tested positive for coronavirus, and are being checked for the new Omicron variant, Dutch health officials said.

Authorities tested about 600 passengers, who arrived Friday morning at Amsterdam’s Schiphol Airport, and found 61 had the virus, they said.

Both planes arrived in the Netherlands from Johannesburg and Cape Town shortly after the Dutch government imposed a ban on flights from southern African nations in a bid to curb the spread of Omicron.

The remaining travelers who tested negative were allowed to return home or continue their journeys to other countries.

About half an hour before the first flight landed, authorities were dispatched to the airport to conduct tests there, Harm Groustra, a spokesman for the GGD, the Dutch public health service, told the New York Times.

One of the passengers stuck on the tarmac was New York Times reporter Stephanie Nolan, who was returning from South Africa after covering the country’s response to the pandemic.

“So I’m in my 3d hour on a tarmac at Schiphol,” Nolan tweeted after her flight from Johannesburg landed. “While my flight from Jo’burg was somewhere over Chad, Europe went into variant panic; by the time we landed, we weren’t allowed off the plane.”

A healthcare worker conducts a PCR COVID-19 test on a traveller at Or Tambo International Airport in Johannesburg.AFP via Getty Images

She also said many passengers had ignored mask requirements.

Fewer than 6% of people in Africa have been fully immunized against COVID-19.

Travelers queue at a check-in counter at Or Tambo International Airport in Johannesburg.AFP via Getty Images

The US will restrict travel from South Africa and seven other nearby countries beginning next week as fears grow over the new variant.