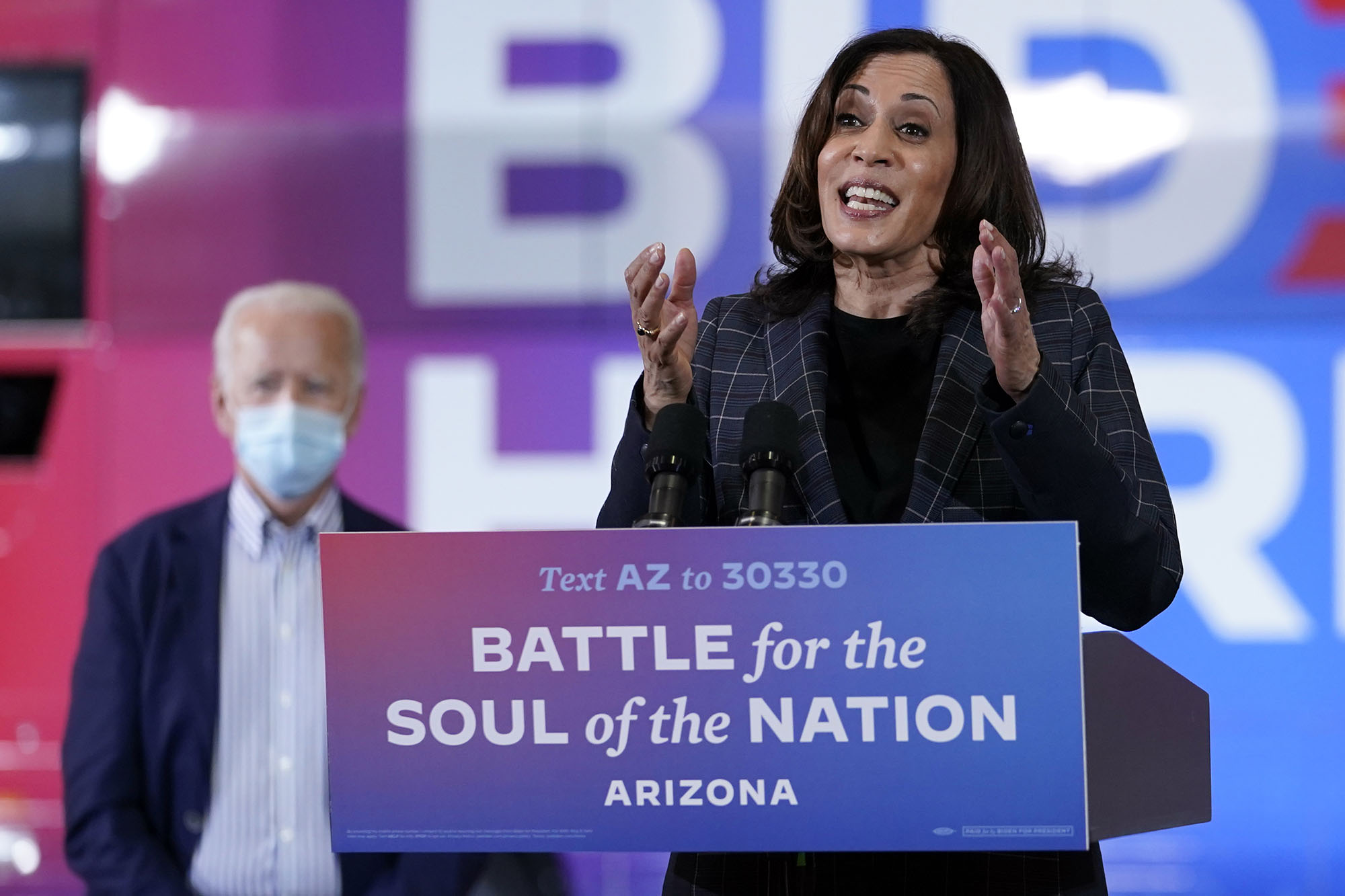 Kamala Harris’ travel has been canceled through the weekend after two people she recently traveled with tested positive for COVID-19, Joe Biden’s campaign manager said on Thursday.

The Democratic vice presidential candidate’s communications director Liz Allen as well as a non-staff flight crew member were diagnosed with the bug after flying with Harris on Oct. 8, according to campaign manager Jen O’Malley Dillon.

She said Harris was not in close contact with either on the flight but that the campaign was nixing her schedule through Sunday “out of an abundance of caution and in line with our campaign’s commitment to the highest levels of precaution.”

The California senator will instead participate in “robust and aggressive” virtual campaign events and return to in-person campaigning on Monday.

“Neither of these people have had contact with Vice President Biden, Senator Harris or any other staffers since testing positive or in the 48 hours prior to their positive test results,” she said in a statement.

Allen and the crew member, who wasn’t identified were aboard a flight with Harris on Oct. 8. All three were wearing N95 masks, O’Malley Dillon said.

“She was not within six feet for more than 15 minutes with either of them,” she said. “As such, she does not meet the CDC definition of ‘close contact’ for exposure. In addition, both before and after the flight both individuals tested negative.”

Harris has since taken two PCR tests, which have come back negative, including most recently on Wednesday.

Other campaign staffers on the flight have undergone two to three PCR tests each and have all been negative.

The campaign said Harris’ husband Doug Emhoff’s travel has also been canceled for Thursday, even though he too has tested negative and had no contact with the two positive people.

The news comes after President Trump battled his own case of coronavirus, which included a cocktail of treatments during a four-day stay at Walter Reed.

He has since returned to the campaign trail.