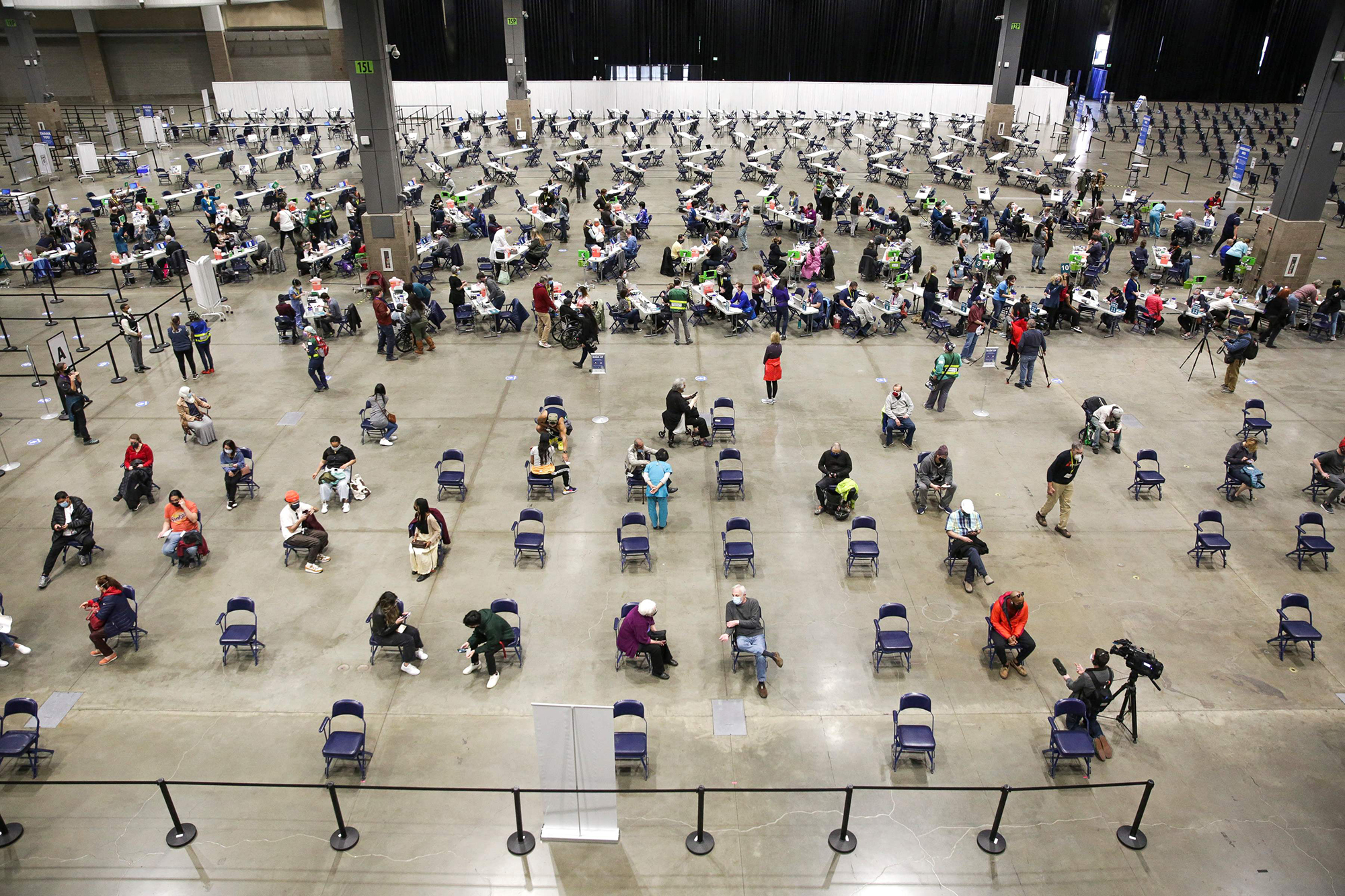 Nearly 58 million Americans are fully vaccinated against COVID-19 — and nearly 102 million have gotten at least one shot, according to data released Friday.

In total, 17 percent of the US population is completely vaccinated while 30 percent have received at least one shot, according to the Centers for Disease Control and Prevention Data tracker.

The majority of fully vaccinated people — roughly 53 percent — are age 65 or older while 22 percent of other adults are completely inoculated, according to the data.

By contrast, 32.9 million people or 9.9 percent of the population had been fully vaccinated as of March 10. And 62.4 million people, or 18.8 percent, had gotten at least one dose.

Overall, 57.9 million people in the US were fully vaccinated while 101.8 million people have received at least one dose as of Friday, officials said.

Patients sit in an observation area after receiving the Pfizer COVID-19 vaccine at the Lumen Field Event Center in Seattle on March 13, 2021. AFP via Getty Images

There are three COVID-19 vaccines available in the US — a two-dose jab made by Pfizer, another two-dose shot by Moderna and a single-dose shot by Johnson & Johnson.